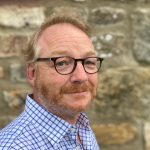 STARTS I am really shocked by the findings of this review and feel deeply sorry for those who have had such poor experiences working for HSIB. There is absolutely no justification for the type of discriminatory and unprofessional behaviour described in this report. It is simply unacceptable and senior leaders in the organisation must take […]

Murray will once again be joining the Faculty for the 13th annual Darzi Clinical Fellowship programme from September 2021. This will be Murray’s 10th cohort of Clinical Fellows, and in particular his focus will be on supervising and co-conducting the various experiential learning groups as well as teaching the “Core Concepts of Quality” module. The […]

Over the past two years, Murray Anderson-Wallace has provided a private investigation, support and advocacy service for harmed families as part of the Coronial proceedings into the death of their loved ones. Whilst tax funded legal representation is provided to NHS Trusts, no such support is offered to families through legal aid (except in very […]

Murray Anderson-Wallace has been recommended for appointment as a Specialist Magistrate sitting in the Family Courts and – pending final vetting and approvals from the Lord Chancellor’s Office – will begin training for this judicial role in Spring 2021. 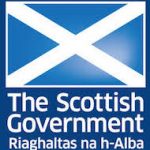 In light of his expertise in working with families seriously affected by healthcare harm, Murray Anderson-Wallace has been appointed by Ministers to provide support to families that may require this. His role is completely independent of and in no way directed by Scottish Government or the organisations involved. This work runs in parallel with Lord […] 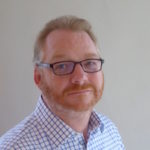 Murray Anderson-Wallace has recently joined the Advisory Group of a new campaign network – the Harmed Patient Alliance – which has as it’s mission “to work collaboratively towards a future where harmed patients and families are respected and cared for, their needs are understood and met, their suffering is minimised and their recovery is enabled, […]

From February 2021, Murray Anderson-Wallace will co-producing and presenting a monthly radio show as part of his commitment to GaGa Radio, a new community-led internet radio station focused on well-being run by WeCoProduce CIC. GaGa Radio aims to give a voice and a creative outlet to isolated people, keeping them more connected in disconnected times. […] 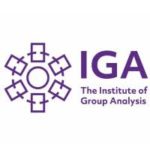 Working in conjunction with York Groupwork and the Institute of Group Analysis, Murray is co-convening a new CPD programme for graduates of the IGA Diploma and Associate Members of the IGA. The programme offers an experiential group, a seminar series and a peer supervision group, and is suitable for those working in therapeutic, educational, organisational […]