A couple of weeks ago I spent a stimulating and thought provoking afternoon working with my friend and collaborator Gina Czarnecki whose amazing retrospective has just closed at the Bluecoat in Liverpool.

I was a participant in a roundtable discussion as part of the “Wasted Debates” surrounding the show, wherein a group of thirty or so artists, ethicists, researchers, bio-scientists and curators gathered to explore the need for an ethics advisory group for bio-art collaborations.

I first really got to know about Gina’s work over three days in December 2007 when she and I were working together in Melbourne.  We were supposed to be cutting a short film as part of the ACE/SEEDA Perfect Citizen project that I was working on at the time. The DV rushes were delayed in transit from the UK and so Gina and I simply sat, talked and she generously taught me about Final Cut Pro and shared her work-in-progress.  It was a fascinating insight into a world apart from my own which created a strand of inquiry and a friendship that has lasted ever since.  The roundtable discussion at the Bluecoat was a welcome journey back into Gina’s world and work.

Rather than attempting to offer my own inevitably unsophisticated perspective on the work , I suggest that anyone who wants to find out more consults the following sources, all of whom do the issues justice from different perspectives 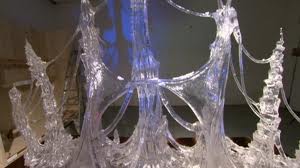